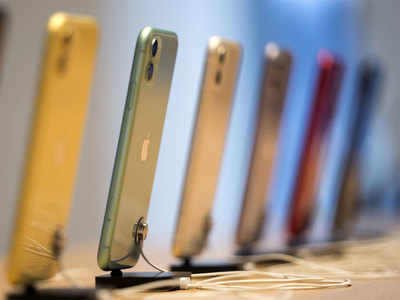 It is officially that time of the year when Green Day’s once-quite-popular song “Wake me up when September ends” comes back in the form of memes, status updates and conversations. This year the Green Day song is quite relevant for the fans of the iPhone as it is expected Apple won’t be launching iPhones in September, like it does every year. October is the likely month when Apple unveils the iPhone 12 to the world and the delay has been due to the pandemic which had crippled production and supply chain earlier this year. However, when the new iPhones do come it is rumoured that Apple will bring a brand new colour variant with them.
According to a report by Digitimes, Apple will make the iPhone available in a “dark blue” colour for the first time. The report states, “In addition to adding a dark blue model, for the first time, into the iPhone family products, Apple also brings a number of specification upgrades to new iPhones, including camera modules, displays and communications modules.”
Just like the features, the colour options of the iPhones are also a big talking point every year. Last year, the iPhone 11 Pro series came in a earthy green colour option for the first time. A year before that the iPhone XS series saw a new shade of gold. This year it could be the dark blue colour which could come aside the usual suspects of white, gold or space grey.
While nothing has — or will be till it launches — been confirmed by the Cupertino-based tech giant, it has been rumoured that four new iPhones will arrive in three different sizes. There could be a 5.4-inch iPhone, a 6.7-inch iPhone and two 6.1-inch iPhones. The 6.1-inch and 5.4-inch iPhones are expected to be rather ‘low-end’ whereas the other two models supposed to be the premium variants of the iPhone.