Bitcoin Cash was trading with very low volatility as its traders appeared to be waiting on the sidelines for the market to make a move. Further down the cryptocurrency ladder, IOTA and DASH could be headed lower, with the cryptos lacking any momentum in the short-term. 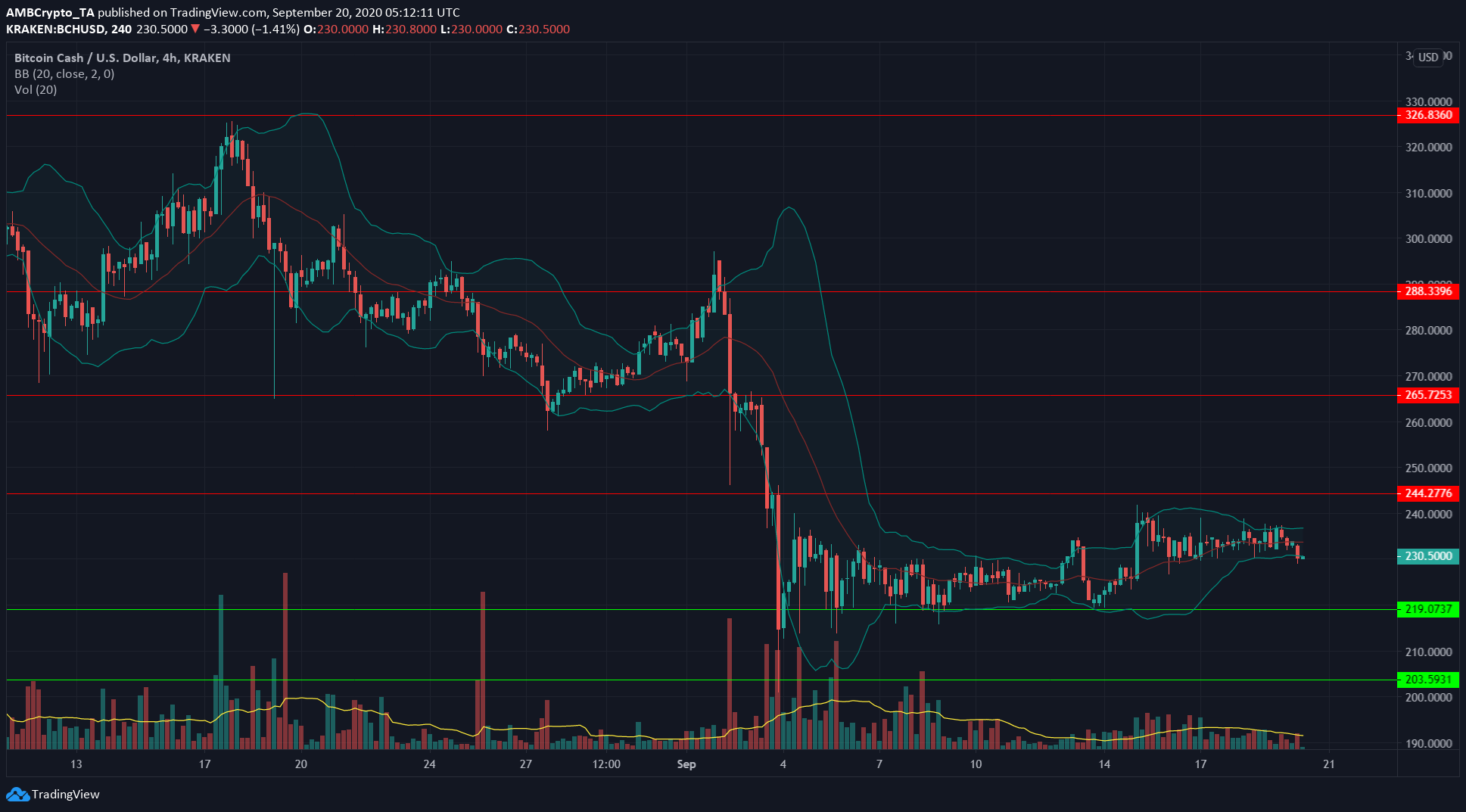 Bitcoin Cash was exhibiting significantly low volatility, as highlighted by the convergence of the Bollinger Bands around BCH’s price. Over the previous week, BCH’s price oscillated between $230 and $236, with the buyers and sellers equally strong.

However, the cryptocurrency’s price was moving towards the lower band, at the time of writing, and if the Bollinger Bands were to expand in subsequent sessions, alongside above-average trading volumes, a break-out to the downside could be confirmed.

Bitcoin Cash made its way into the news a couple of days ago in an unexpected fashion when a person going by the moniker “Bitcoin Man of Bakersfield” placed 100 BCH QR code stickers, worth $1100, around the city of Bakersfield. Local news reports suggested the person did this in an attempt to promote crypto-adoption while making people aware of “the scam of fractional reserve banking.”

The 20 SMA (white) crossed beneath the 50 SMA (yellow) on the charts, however, the two moving averages have been close together over the past few days. This suggested that IOTA has been lacking momentum and volatility recently.

The 100 SMA (pink) can be expected to act as resistance, apart from the level of resistance at $0.288. The Parabolic SAR also gave a sell signal.

In conclusion, IOTA does not offer good short-term trades and is also likely headed lower.

IOTA was in the news recently when the beta version of IOTA Streams went live. IOTA Foundation’s benchmark estimates showed that the new Streams library noted a 100x improvement in performance. 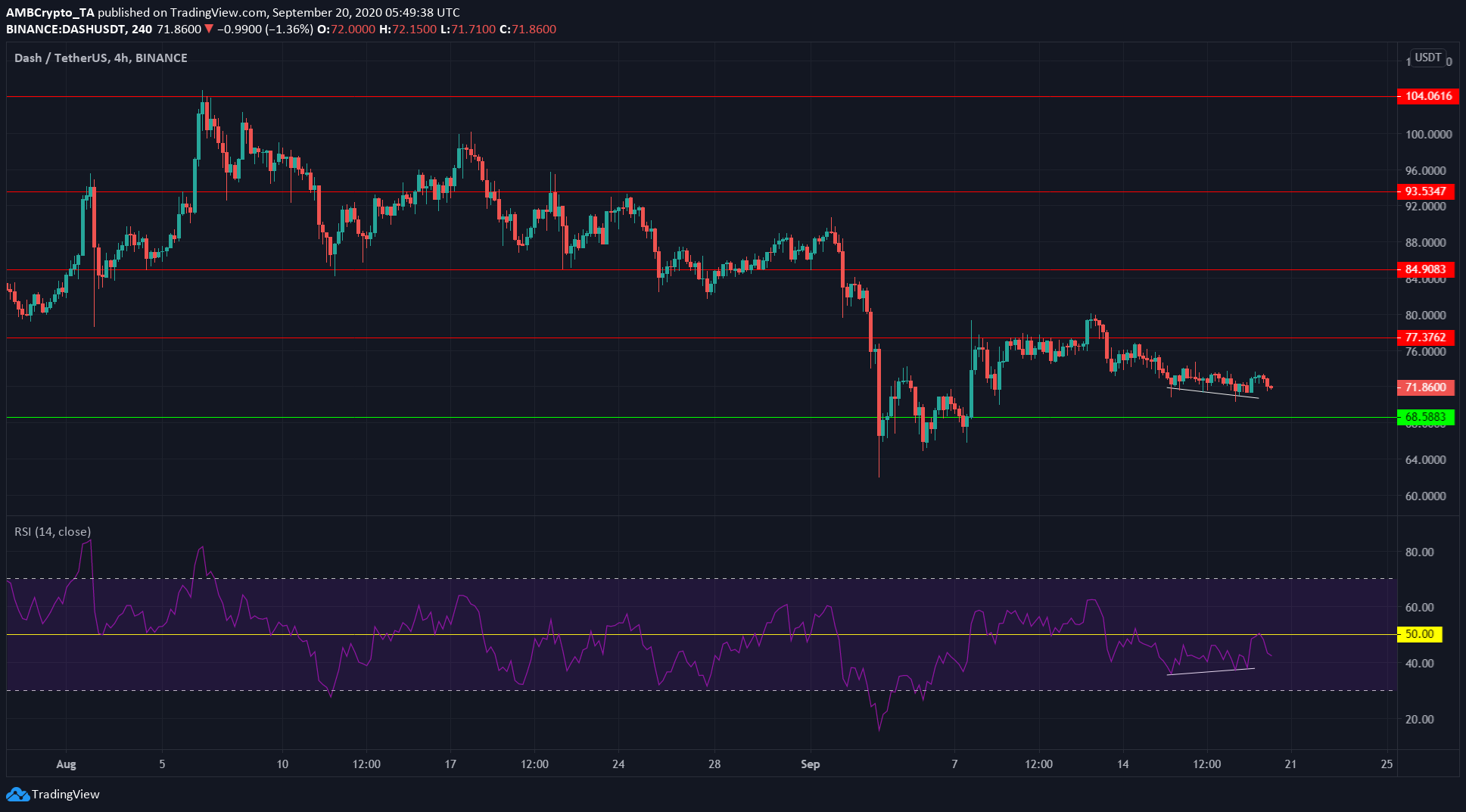 DASH didn’t see much momentum come its way over the last few days. However, it did underline a bullish divergence, one highlighted by the white trendlines. The crypto’s price made lower lows, while the RSI made higher lows.

The cryptocurrency’s price rose from $71.5 to $73 in the trading sessions immediately after the divergence, but the price was slumping once more, at the time of writing.

The next level of support for the crypto-asset lay at $68.6. DASH’s price appeared uncertain of its direction in the near-term but could follow the longer-term trend downward.