A filing showing the list of addresses that were supposed to prove that controversial figure Craig Wright was, in fact, Satoshi Nakamoto, has been unsealed. Deeper inspection of the list, however, showed that the blocks Wright claims to have mined are merely a “lazy copy-paste from the blockchain,” researchers from Wizsec Security found.

One of the most controversial figures in the crypto industry, Craig Wright, has been embroiled in a series of lawsuits that have challenged the claims that he is, in fact, Satoshi Nakamoto. While Wright has been threatening Twitter users, journalists and company executives with libel lawsuits on an almost daily basis, his own legal troubles have finally caught on with him.

As part of the ongoing lawsuit between Wright and the relatives of his former partner, Dave Kleiman, he was ordered to reveal details of his supposed bitcoin holdings. Wright’s attorneys successfully met the deadlines but left the entire crypto community disappointed as the list of his bitcoin addresses remained redacted in the official documents.

However, the filing was recently unsealed and the unredacted list of Wright’s supposed bitcoin holdings have finally been made public. A bitcoin security specialist analyzed the court filings and found that the information provided by Wright was most likely false.

As part of a previous court filing of some of his Bitcoin addresses, Wright claimed that he did not remember the specific addresses that would prove he mined the first blocks on the Bitcoin blockchain. However, he noted that he can just look up addresses from the block rewards on the blockchain, a blog post from WizSec explained.

Upon further review of Wright’s unsealed documents, WizSec’s Kim Nilssen found that Wright just scraped the blockchain for early block reward beneficiaries and claimed those as his own addresses. The list of the first 70 block reward addresses, not including the Genesis block, line up perfectly with the redacted list Wright filed to the court.

The crypto community reacted to the news by calling Wright’s listing of 70 publicly known blocks “completely meaningless,” as he failed to provide any cryptographic evidence of ownership. Bitcoin Cash developer Mark Lundeberg also noted that Wright’s filing of addresses includes block 64, a block that was definitely not mined using the same software as Satoshi’s blocks.

Why? Presumably he just grabbed the list of first unspent blocks (excepting block 9) … the list cut off crudely at 70 since block 78 was spent. But block 64 is special too, oopsie!

What Wright presented to the court is widely believed to be just a lazy copy-paste job. WizSec’s blog post also noted that the filing shows that the self-proclaimed inventor of Bitcoin is seemingly unaware of the fundamentals of his invention. 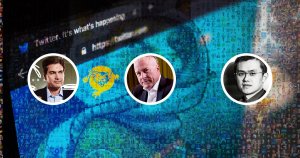 Bitcoin, ETH, BNB Surging; Other Altcoins Struggling To Catch Up