It’s only a concept for now, but it seems there is little about this big new Jeep’s design that can’t go into production right now

Sergio Marchionne, head of Fiat Chrysler Automobiles until his death in 2018, promised he would one day deliver a rival to the luxurious Range Rover – and today his company has revealed that model, in the form of the Jeep Grand Wagoneer.

For now, it is only a concept, but it is clear there is very little about the reborn Grand Wagoneer’s design and technology that could not go into production if Jeep is prepared to invest in it.

However its final design will look, the Grand Wagoneer is confirmed to enter production next year. The company’s global leadership has confirmed it is reviewing the big SUV’s potential for Australia, but no firm plans have been revealed. 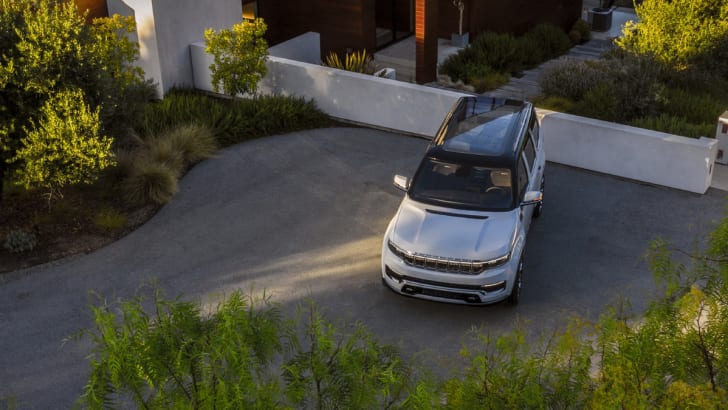 On the styling front, the Grand Wagoneer blends elements of the now very familiar Grand Cherokee with a few small retro touches and an otherwise modern, premium style.

The classic big-box proportions live on, and even the windows have a classic look with deliberately simple, vintage-style shapes that mimic the manufacturing and cost constraints of the day.

Bulging flares dominate the profile, but the Grand Wagoneer otherwise retains a tall and visually narrow shape – not unlike Land Rover’s new-generation Discovery. 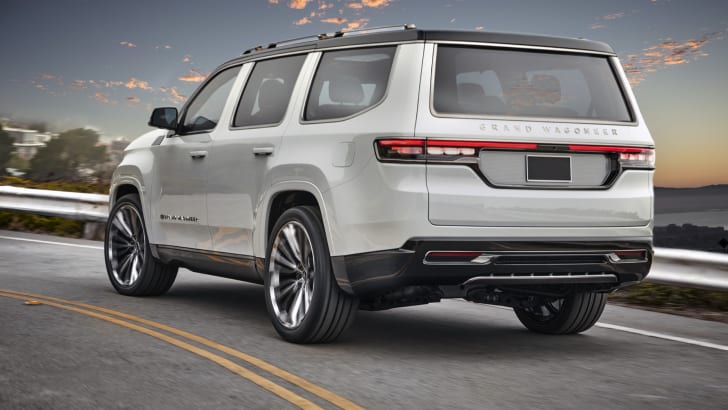 LED lighting dominates the exterior, from light bars across the front and rear, right down to backlit badges around the body.

The traditional seven-slot Jeep grille spans the front of the big concept, with fine LED lighting bringing the design to life.

Ralph Gilles, head of Jeep Design, pointed out the forward-slanting grille, vertical pillars and simple, clean shape as the big connections to the original design. Unfortunately, the wood panelling wasn’t carried over. He also says the Grand Wagoneer aims to ‘redefine American premium’. 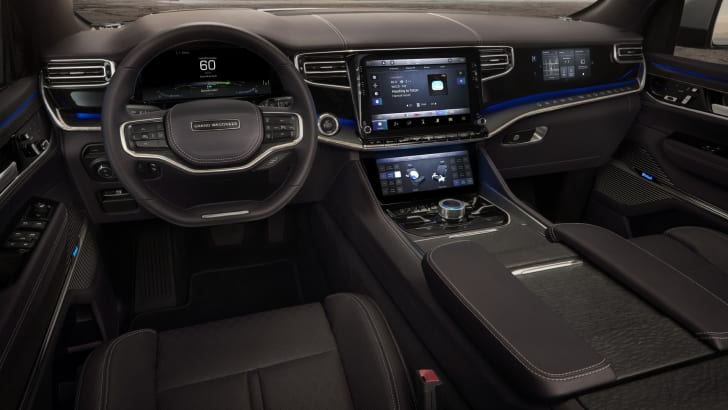 Inside, premium touches abound in a space Jeep describes as an “ultra-premium upscale environment rich with Grand Wagoneer heritage”.

Trim and upholstery materials in this concept form include rich leathers throughout, matched to onyx glass to the dash, and a working-class-aesthetic raw aluminium finish to the controls and garnish across the dash, doors and centre console.

Infotainment in the front row is taken care of through a set of three displays: a 12.3-inch panel for the driver, 12.1- and 10.25-inch units in the centre of the dash, and a fourth 10.25-inch screen for the front passenger alone.

Rear passengers don’t go without, though, with 10.1-inch tablet displays of their own and a large control display between the two second row seats.

These acres of pixels will run the all-new Android-based Uconnect 5 system, which is touted to be five times faster than the previous iteration. And again, higher-specced Grand Wagoneers will have a 23-speaker Mcintosh sound system, running through a 24-channel amplifier. 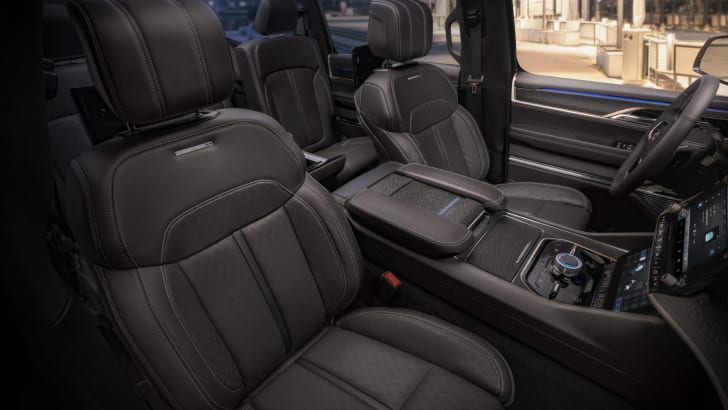 The Grand Wagoneer is described as a seven-seater – the first in the western Jeep range since the Commander – but a view of the third row, or the second row in three-seat form, was not available at the time of publishing.

Details of the concept’s powertrain have not been offered, but the company has confirmed plans for a “no compromise” plug-in hybrid system that will deliver big torque and “immediate engine response”.

Although we understand this new large SUV will use the relatively new DT Ram platform, the new Grand Wagoneer will have independent front and rear suspension with ‘Quadra-lift’, Jeep talk for air suspension. There will be three separate 4WD systems, and Gilles assures us that it can tow, haul and climb. 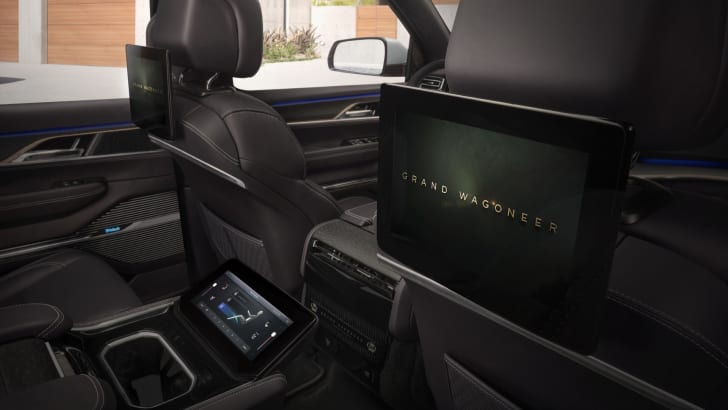 Christian Meunier, Jeep global boss, took time to explain the differences and separation between Jeep and the Grand Wagoneer. He said that while Jeep customers love their camping and fishing, the Wagoneer buyer is more interested in a nice round of golf.

While Grand Wagoneer is the first model to re-enter the premium space, the Wagoneer name will be home to a family of new, premium vehicles in the Jeep brand. It’s a branding strategy that works well for Land Rover and Range Rover, for example.

The Grand Wagoneer is scheduled to go into production in the first quarter of 2021.

Click any of the photos above to view our gallery 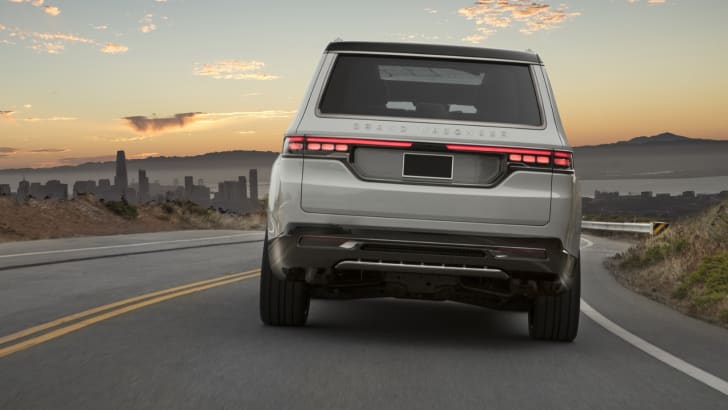