This dashcam-turned-sat-nav device wants to do it all – and then some.

You might assume the rise of smart in-car infotainment systems, Apple CarPlay and Android Auto capabilities could spell the end for the manufacturers of external sat-nav devices, but Navman would argue it’s the exact opposite.

The Australian/Kiwi-born brand is out to prove it’s far from irrelevant in today’s tech-laden society, with the launch of its new range – led by a multi-tasking hero product it hopes will give modern drivers everything they need and more.

The satellite navigation and dash-cam maker is gearing up for a crucial launch, releasing its most advanced units ever and even anticipating a possible rise in sales.

Why? Because with the coronavirus ruling public transport out for many, used car sales spiking, local travel taking centre stage and more delivery vehicles on the road than ever, Navman reckons there’s never been a better time to sell its all-in-one products.

“People who don’t drive very often or are inexperienced are suddenly on the roads,” a company spokesperson told journalists at the launch of the company’s new range.

“More than ever we need confidence and certainty on our drives and protection and proof in the event of an accident.

“For us and our brand it’s good news, people need to update their car and they can do it simply and more effectively with our tech.” 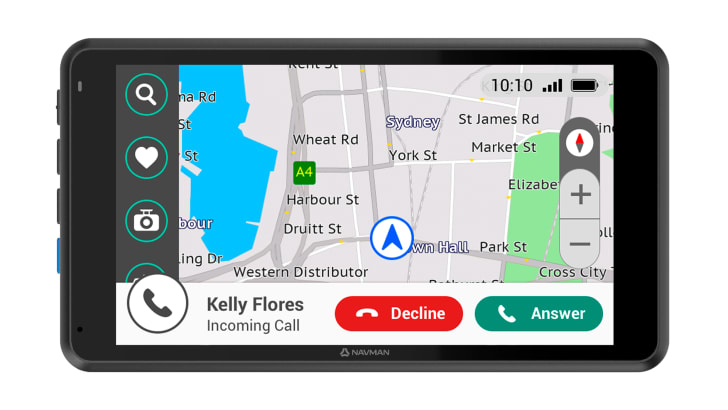 The hero product in the new range is the slimline MiCam – an all-in-one satellite-navigation system and dash-cam that can pair to your phone via Bluetooth and provide many of the modern technologies missing from older vehicles.

It can read your text messages aloud, monitor your speed in relation to the signposted limit, log your work-related driving hours for your tax return (and export it to your computer as a spreadsheet) and is the first dash-cam capable of recording in full HD 1080P.

Taking on increasingly popular systems like Apple CarPlay, Waze or Google Maps, Navman says its device takes the capabilities of those systems and builds on them – like incorporating live traffic updates and allowing drivers to “drop a pin”, much like they would on their mobile phones.

The two notable omissions are voice control capabilities and parking mode for the dash cam system (to allow drivers to capture any incidents that occur when the car is left unattended), which the company insists it’s working on adding to its next-gen version.

With 2019 Allianz data suggesting one-in-five Australians are regularly using a dash-cam, and another 39 per cent are planning to buy one, the technology has seen exponential growth in popularity in recent years.

In fact, one in three Australians have used footage captured by a dash-cam as evidence after being wrongly accused in a road accident, while others use it to report reckless driving or assist in insurance claims.

For $369, the MiCam GPS boasts a 5.0-inch screen and looks an awful lot like an iPhone but, as Navman is keen to point out, it has the added bonus of not losing reception when you’re in a tunnel, or earning you a mobile phone fine if you’re caught using it. 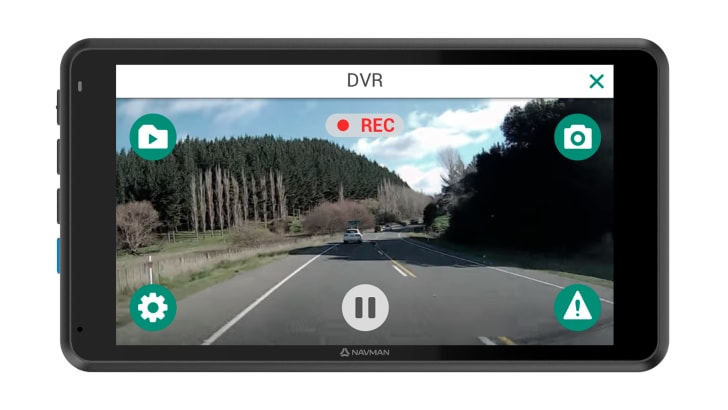 The device is targeted at a fairly broad demographic, including delivery drivers who require complex navigation routes, learner drivers who need a mileage recorder, people who dislike clutter and distraction on their dashboards and people who want a dash cam with in-built safety alerts.

Beyond that, Navman is targeting off-road enthusiasts with its MiCam Explore, a $499 unit with 140,000km of 4WD tracks and points of interest like swimming holes and campsites. There’s also the MiCam Truck, which offers truck routes and heavy vehicle-friendly directions for $549.

The MiCam range is due in Australia in September this year, and will be joined by Navman’s other notable new release – the Sensor XL, a dash cam that works exceptionally well in dark conditions, capturing footage at 60 frames per second.

There is also a number of new Navman devices which vary in price point and capabilities, but all carry the same inherent message for motorists: “You don’t have to buy a new car to get that new car technology.”

The name of the game is providing affordable upgrades, ending driver distraction and safe-guarding against the many risks that arise from sharing the road with other motorists. And it’s a strategy Navman is hoping buyers will embrace in droves – especially in these “unprecedented times”.

One (weird) week down, two to go: MLB’s ‘mad dash’ to opening day