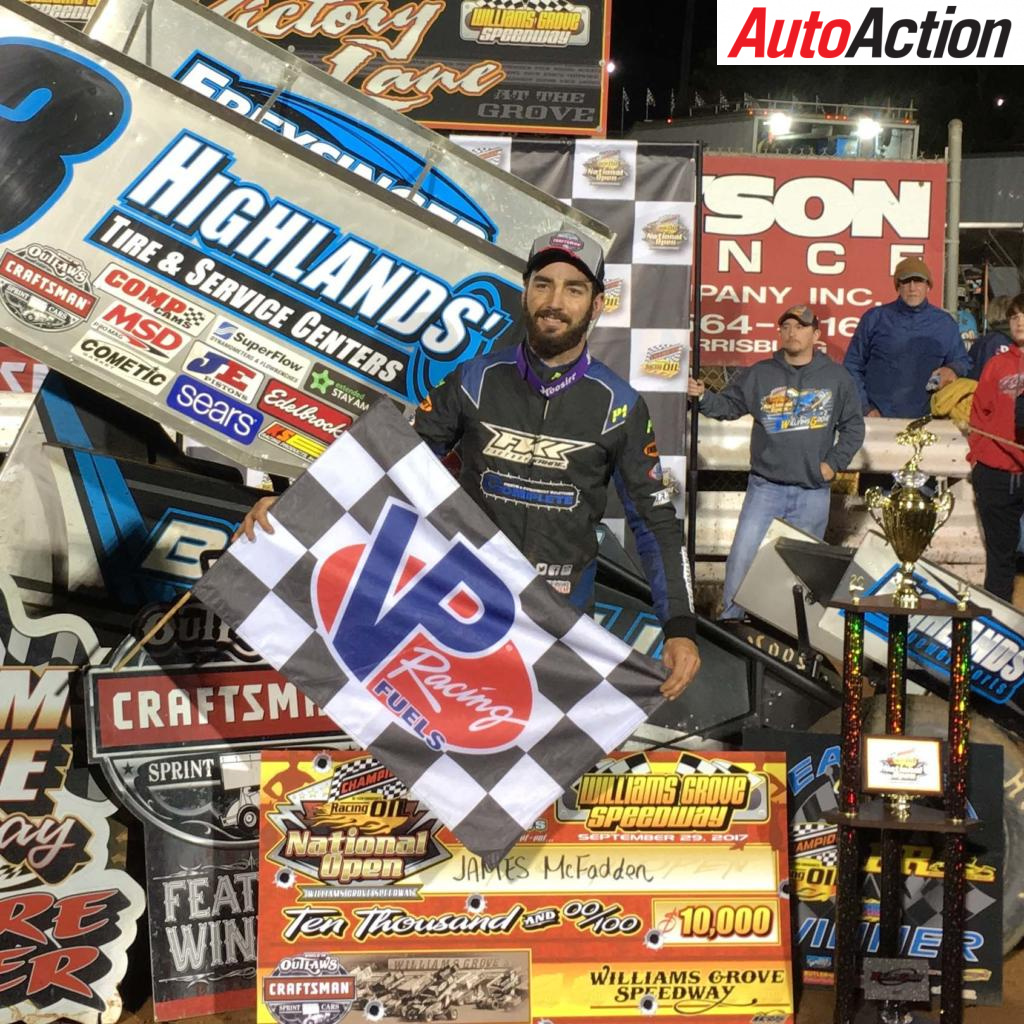 Sprintcar star in mad dash to US

Multiple World Series Sprintcar champion James McFadden’s defence of his Knoxville Nationals title is in doubt as he makes a last-ditch attempt to travel to the US.

Confirmed by the 360 Knoxville Nationals social media account to be confirmed for the event, McFadden explained that he wasn’t quite at that stage yet as he remains in his home town of Warrnambool as logistics are worked out.

The complicated problem surrounding the implementation of harsher restrictions not only within metropolitan Melbourne, but across Victoria has had a part to play. Obviously, the closure of Australian borders, which has led to the limiting of international flights has also added to McFadden’s difficulties, but remains hopeful of being in the US by the end of this week.

“I’m still in Australia. A lot of things are out of our control given the world situation, but I plan to be there some time Thursday. With the limited options for international travel we will be cutting it close, so all we can do is hope that it goes to plan.

McFadden will race for Kasey Kahne Racing, the same team he raced with in the US last year where he impressed in a 10-race stint.

Fed is headed for a clash with hedge funds, other shadow banks