Putting money into cryptocurrencies has never been easier than today, but keeping your crypto funds safe is getting harder. To prevent your coins from being lost, stolen, or hacked, it’s important to choose a cryptocurrency wallet that will not only fit your needs in terms of features but also keep your funds safe.

Wallets play a vital role in the crypto industry no matter the size of the funds they keep. However, as all cryptocurrencies need to be kept somewhere, they have also become a hotspot for hacks and thefts, as well as questionable business practices.

However, it’s worth noting that while some wallets are better than others, there’s no such thing as a one-size-fits-all solution when it comes to storing your cryptocurrencies. Some users seek the simplicity and straightforwardness that just doesn’t cut it for traders looking for more advanced options. Many want a wallet that can be a one-stop-shop for all their crypto needs, while some want to limit its features to keep their funds as secure as possible.

Nonetheless, there are products currently on the market that are worth taking a look at. Here’s our pick for the crypto wallets you need to try in 2020.

Marketed as an all-in-one app for all of your cryptocurrency needs, COINS was created by research company coinpaprika. A direct competitor to CoinMarketCap, the company wanted to create a platform that not only allows users to store funds but also track and exchange them.

COINS is a non-custodial multi-wallet that supports over 2000 different cryptocurrencies. Users can benefit from coinpaprika’s on-board engine and access information such as whitepapers, employees, and the company’s progress about every listed coin.

The wallet’s built-in non-custodial exchange allows users to exchange crypto-to-crypto directly in the app. Fiat onboarding is also enabled, with the process of buying any of the supported coins made as quick and easy as possible. According to the company, COINS allows users to send and receive cryptocurrencies from anyone in their contact list.

The company first started working on the app in December 2018 and finished it almost a year later, in November 2019. It’s currently available only for iOS devices on the Apple AppStore, while the Android version is set to be released sometime in Q1 2020.

The thing that might put off some users from using COINS is the fact that the app is still relatively young. Officially launched in November 2019, the wallet is yet to see its Android release.

For users that want to be able to access their cryptocurrency wallets on their desktop, there’s Exodus. The wallet, created in 2015, focuses on a sleek design and a streamlined user interface. Exodus is also available both for iOS and Android, allowing users to pair their wallets on different devices and gain full control over their funds.

While it’s not as packed with features as some more experienced traders would like, it still offers everything beginner and mid-tier crypto users would want from a wallet. If offers a portfolio app to keep track of your funds, a wallet to store them, and an exchange that allows coins to be traded without the need to leave the app. The company prides itself on its 24/7 live support.

However, despite solid features and a robust system, the wallet’s main value proposition is its compatibility with Trezor hardware wallets. Both Trezor One and Model T work with Exodus through the Trezor Bridge app, and allow users to safely and quickly exchange assets between Trezor and Exodus.

A solid wallet that could be the most attractive to crypto newbies, Exodus does come with a few drawbacks. It currently supports only about 100 cryptocurrencies, which might not be enough for users with diverse portfolios. Apart from that, one of the biggest drawbacks of the wallet is that it lacks the option to set a custom network fee. For users that frequently send crypto payments, having automatic transaction fees could prove to be costly and inefficient.

Formerly known as Bread Wallet or Bread, BRD is also an excellent choice for those that are just getting started with cryptocurrencies. Like the previous two mentions, BRD is also a non-custodial wallet, making the users the sole owners of their private keys.

Apart from security, BRD users can also enjoy a rather quick and efficient onboarding process. The wallet is fully decentralized and requires no accounts or passwords to set up, enabling users to get the app up and running in seconds.

While the wallet is aimed at beginners, more experienced traders and holders can benefit from its features. Those looking for an efficient fiat onboarding process will find BRD’s options extremely useful—the wallet currently enables users to buy BTC, ETH, and DAI with the U.S. Dollar (USD), the Euro (EUR), British Pound (GBP), Canadian Dollar (CAD), and Danish Krona (DKK). The wallet’s in-built exchange allows users to convert their BTC into other cryptocurrencies, including Bitcoin Cash (BCH), Ethereum (ETH), and various other ERC20 tokens.

Some of the drawbacks of BRD are the inevitable credit card fees. While the 7.5 percent fee isn’t as high as that seen on other wallets and exchanges, it might not be the most cost-efficient fiat onramp. Apart from that, live customer support via is only available to users that hold more than 2500 of its native BRD tokens.

The post Three non-custodial crypto wallets to try in 2020 appeared first on CryptoSlate. 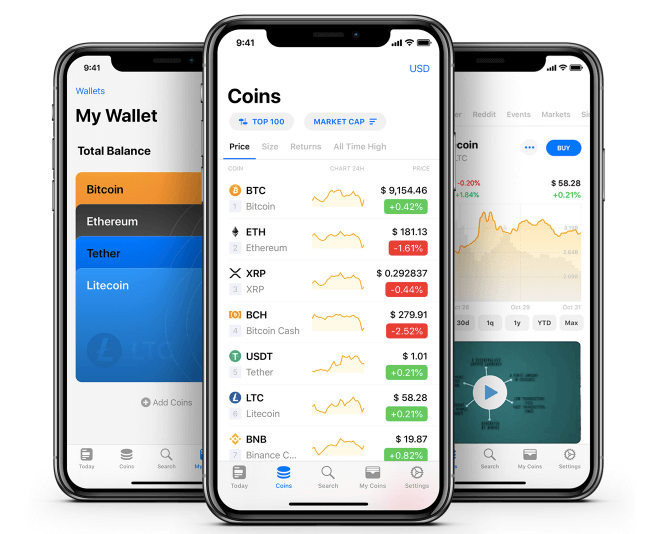