Inheriting Bitcoin has now become a feasible reality, thanks to a new service launched by crypto custody startup Casa. The inheritance service and protocol, called Casa Covenant, allows users to securely pass on their Bitcoin holdings through estate lawyers.

What happens to your crypto holdings after you die isn’t a pleasant thought to have, but it’s one that crypto custody startup Casa set out to answer. The company, known for its Bitcoin multisig key security and Lightning Bitcoin nodes, debuted a platform that helps users pass on their Bitcoin holdings in a secure way.

In an Oct. 16 tweet, the company announced the launch of Casa Covenant, a Bitcoin inheritance service and protocol. 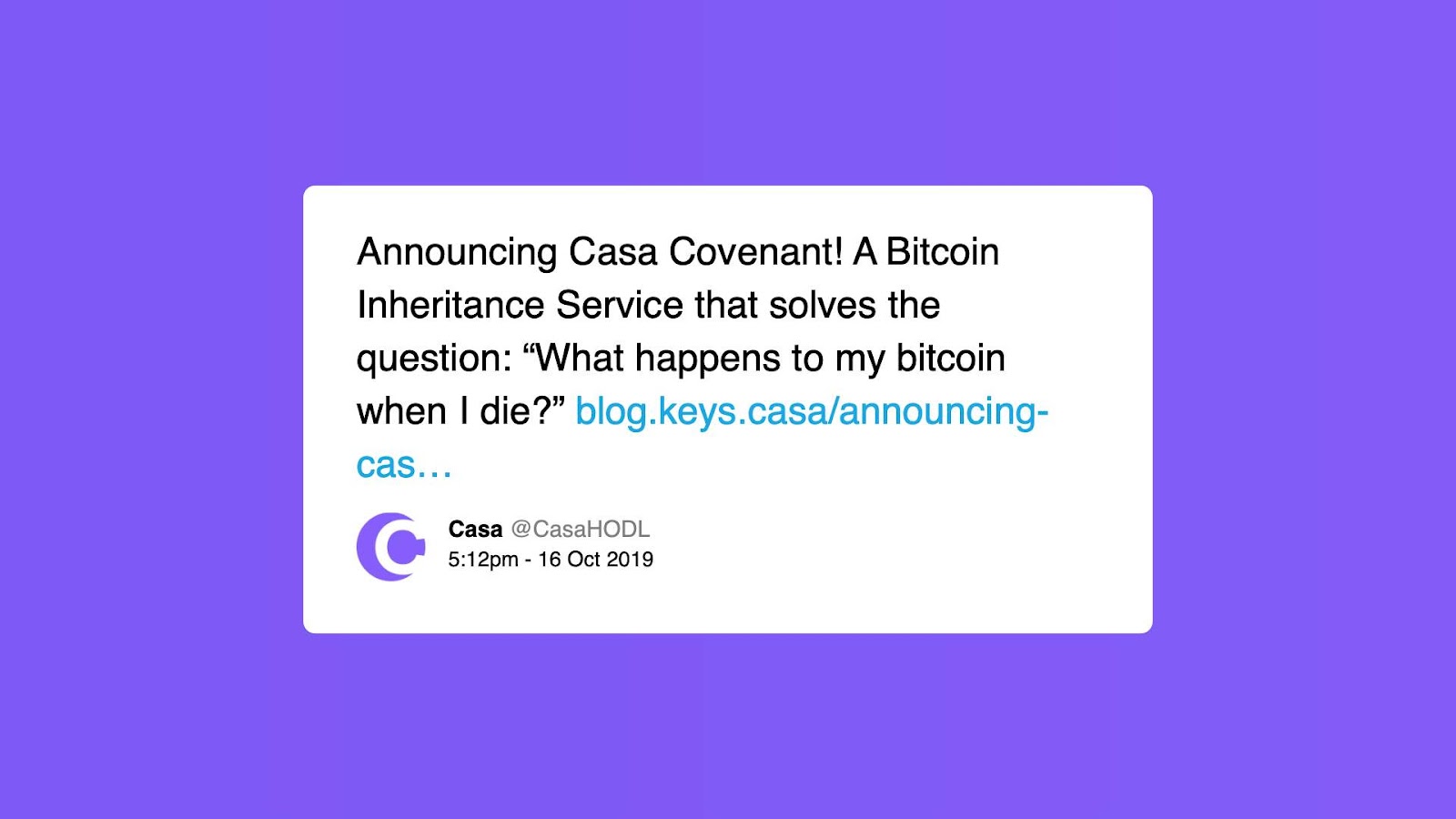 The second, slightly better option, is that you share recovery instructions for your holdings with an heir. While the funds can be easily recovered, they can also be easily stolen, making this a risky option. Another option is using a custodian to manage your private keys, but this option also carries significant risk. Casa also noted that not many custodians have inheritance protocols in place, which makes the whole move obsolete.

Bitcoin inheritance made safer with multisig

These are just some of the problems the company set out to solve with Casa Covenant. To make the process as seamless and secure as possible, Casa spent 10 months creating an inheritance protocol.

According to the company’s blog post, they created a set of steps that users of their Keymaster custody service can work into their will. Casa integrated multi-signature technology with the existing legal system infrastructure that deals with estate planning.

The inheritance process is simple—it adds an optional 6th key to Casa’s 3-of-5 Key Shield. That means that three out of six keys can be used to recover a user’s funds. The 6th key is held by the user’s estate lawyer.

As one of the three recovery keys is held by Casa, the company said that the third “safe key” has to be kept in a deposit box under the client’s name. This will allow the executor of the will to access it with a court order and keep it safe from theft.

However, the company said there are still a lot of things that need work, which is why Covenant will not roll out for all Casa’s customers at once. Casa Diamond members can now join the waitlist for the inheritance service, which will be added to other membership levels in the future.

The post You can now pass on crypto with Casa’s new Bitcoin inheritance service appeared first on CryptoSlate.

A major crypto scam’s Bitcoin is moving and if history repeats, it may start a correction