As volatility returned to the cryptocurrency market, altcoins have witnessed a change in price trend. Bitcoin’s fall from $12k to $10k on 2 August, also triggered negative sentiment in the market; however, as the coin set back on an uptrend, the altcoins also followed its lead. The altcoin market reflected great trade activity over the past couple of days, as the users expected a rally.

Recently, Ethereum Classic blockchain suffered an unintentional reorganization of 3693 blocks, due to a miner using old software and going offline. ETC prices collapsed following this news by nearly 23% in an hour. Following the fall, price of ETC has now be reduced from $8.38 to $7.19, at press time. This value of ETC was closest to its immediate resistance and support at $7.70 and $6.94, respectively.

Despite a dip, ETC market was noting an upward climbing momentum in the market. This was also highlighted by Parabolic SAR indicator and its markers aligned under the price bars, confirming this uptrend.

Dash gained 112% in YTD and has even after a recent dip, it was being traded at $87.93. Even though this price level was not the peak for Dash’s price in 2020, it was inching closer. The current price has been mirroring the remaining market and has been moving higher, but the immediate resistance at $96.14 could prove challenging for Dash. If the value falters, it may plunge to $84.53, as the immediate support was formed there.

Meanwhile, MACD indicator suggested growing buyers in the market, and as the indicator remained positive, momentum also appeared bullish. However, as MACD bars shrunk, there could be a trend change possible soon. 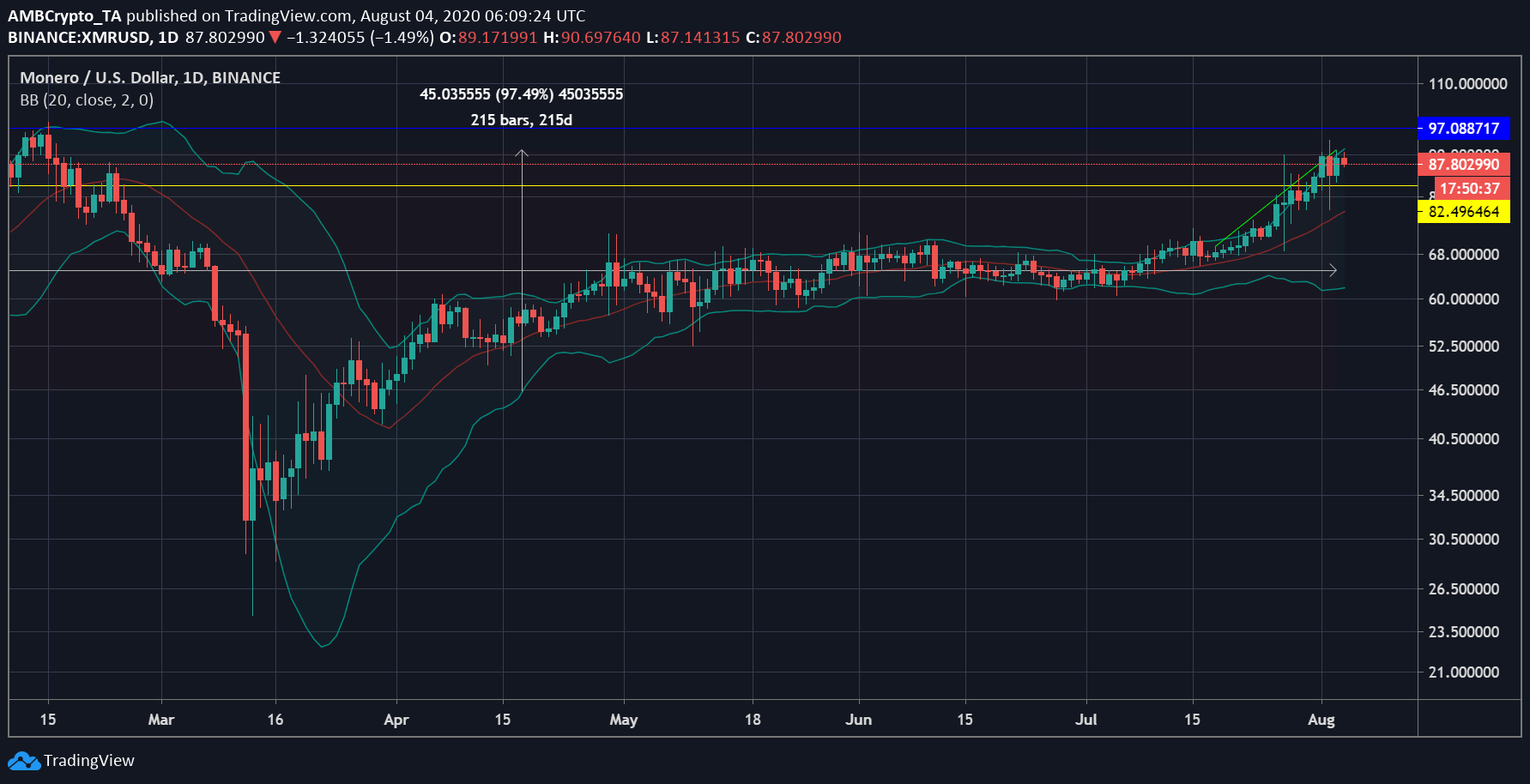 As the coin raked in 97% gains in YTD, its price had escalated to $88.34. With resistance marked as high as $97.08, XMR may report its 2020 peak if it manages to surpass this price point. However, immediate support was also noted at $82.49, which suggested that even if the price stumbles, it will bounce back from this point.

XMR market has been open to high volatility as Bollinger bands diverged, however, this volatile market did not paint a bearish picture. As the signal line remained under the candlesticks, the trend was confirmed to be an uptrend.

Couple flee restaurant without paying after racking up £100 bill