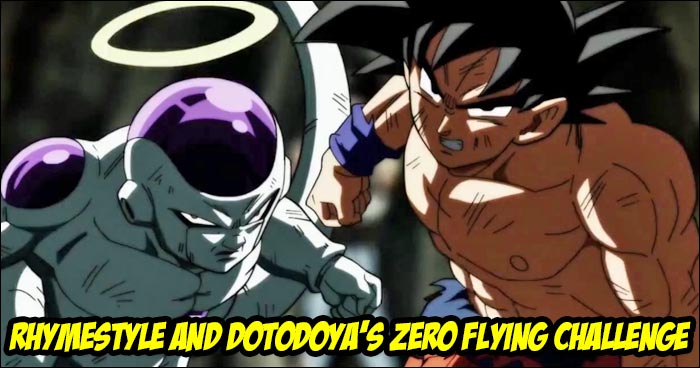 The Super Dash in Dragon Ball FighterZ is seeing a lot more in recent days following Master Roshi’s reveal, considering he won’t have a traditional use for the mechanic, but how would the game look if nobody could fly?

Rhymestyle and Dotodoya recently got together to showcase just that by playing sets under the Tournament of Power rules from Dragon Ball Super which forbids flying entirely, and it makes FighterZ look like a completely different game.

Gone are the full-screen conversions, corner loops and big launchers. Instead, jump cancels and jump cancel loops become the name of the game when trying to rack up damage this way and makes FighterZ appear much more like one of its biggest inspirations, Marvel vs. Capcom.

Characters also play wildly different as well considering most of their extended setups are gone though some actually benefit quite a bit from lacking Super Dash.

Both players note that Beerus is probably two or three tiers higher than his usual placement since his opponent can’t just Super Dash through the God of Destruction’s orb traps.

Playing the game for over two years does make it difficult to not use one of FighterZ’s main mechanics out of pure muscle memory, so both Rhymestyle and Dotodoya disable / move their normal buttons. Sometimes even that’s not enough though, as they slip up on a couple of occasions. The punishment for which is eating a raw level one Super.

While we don’t know how Master Roshi’s Super Dash replacements will exactly function yet in DBFZ, it’s an interesting experiment to see what the game looks like without them entirely. It’s also just really entertaining to see what they both come up with to get around the handicap.

Tips to keep FasTrak transponders on the windshield: Roadshow