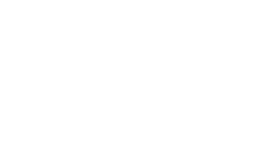 In an essay I entered in a travel writing contest many years ago, I wrote that apart from visiting our beaches with sand as pillowy soft as baby powder and our dramatic sunsets that set the sky ablaze with orange, yellow, and purple, tourists should take the time to hop on a jeep and get to know our jeepney drivers.

Our jeepney drivers, famous for being both the King and the Casanovas (basta dryber, sweet laber) of the road, are some of the nicest, most generous people I have ever met.

The essay was inspired by my years of commuting as a university student in the 90s(!).

Quick flashback: the MRT did not exist then, the flyovers that line the length of EDSA from Cubao were still being built, and there were no FXs or shuttles. Depending on my route, my daily commute of 15 kilometers would require 3 or 4 jeepney rides and would take about 2 to 2 ½ hours each way.

Often I would fall into easy conversations with jeepney drivers. While the Philcoa drivers instantly knew what school I went to, the ones on the longer trips would ask me questions about my student life. When I shared that I was studying Journalism at UP, they would usually get very excited and start making bright predictions about my future.

One slammed his steering wheel as if he had just discovered he had a winning lotto ticket, “Aba! Sigurado ako makikita kita sa TV balang araw.” (I’m sure I will see you on TV someday.)

Like a child whose parents fawn all over them, I was touched at how genuinely excited they were and embarrassed by how effusive they were with their praise. I would always downplay or deflect their compliments.

“Hindi naman po (Not really),” I said, thinking about how I barely passed Math I.

“Pero dictator naman (But he was a dictator)!” I said dryly, trying to crack a joke.

I remember one jeepney driver lightly admonishing me for belittling myself, telling me that there was a difference between showing off and simply telling the truth. “Madaming gusto makapasok sa UP, hindi lahat pumapasa. Hindi ka naman nagyayabang, nagsasabi ka lang ng totoo. Walang masama dun.”

(There are many who want to study in UP, but not everyone passes. You’re not being boastful, you are being truthful and there is nothing wrong with that.)

To an impressionable and very insecure 17-year-old whose family was still surprised that she had passed the UPCAT and questioned what kind of career she could make for herself as “writer,” their words of encouragement and wisdom made a great impact on me.

Always, they would give me a free ride and it was their gift of generosity that touched me the most. My idle hours in the jeep taught me to count passengers and estimate how much a jeepney driver could made in a day. I would insist on paying, but they would hear none of it.

They had kids around my age and would never dream of asking their children to pay them for bringing them to school. “Para na din kitang anak. Sila ba sisingilin ko pag hinatid ko sya sa eskwela (You’re like my own child. Would I make my children pay me to drive them to school)?”

Some reasoned that a free ride was the only thing they could give me in exchange for our pleasant conversation.

Their goodbye would always be different versions of fatherly advice: study hard, put off having a boyfriend who would only disrupt my studies, and whatever I do, never ever marry a jeepney driver because “mahirap ang buhay” and “mahirap ang maging mahirap.” (Life is hard. It’s hard to be poor.)

To me, the underlying meaning of their parting words was that I had a chance at a good future, a better life, and I shouldn’t squander it.

Many years later, I am the journalist my tatay jeepney drivers predicted I would be, and a pandemic that none of us had foreseen has driven our jeepney drivers off the road. In the early days of the lockdown, I remember how eerily silent our streets were without the jeepneys.

For more than 100 days now, our jeepneys have been banned from the streets. Among the other forms of public transport, the government has been most reluctant to allow jeepneys back on the road, citing health and safety protocols on social distancing.

Tatay Elmer Cordero, 72, and 5 other jeepney drivers staged a protest – a legitimate way to get the government to listen to their plea to allow them to resume their livelihood. Instead of listening to their plea, the PISTON 6 were arrested. Donations for their bail came pouring in from private citizens and the PISTON 6 were released after a week in detention.

Despite the obvious hardships of our jeepney drivers, the administration has insisted on selective resumption of jeepney services, allowing only the modernized jeepneys back on the road.

Jeepney drivers told Katrina Stuart Santiago and other members of concerned citizen group PAGASA (People for Accountable Governance and Sustainable Action) that they feared that the pandemic was going to be used to completely phase out the jeepneys, under the Jeepney Modernization Plan that the government has been pushing since 2017.

The Jeepney Modernization Plan will phase out old jeepney units for more energy-efficient and environment-friendly units. However, with the cost of acquisition of the new units ranging between P1 million to P2 million, the initiative is being criticized for being anti-poor and anti-commuter.

Transport group PISTON (Pinagkaisang Samahan ng mga Tsuper at Operators Nationwide) estimates that there are more than 400,000 jeepneys nationwide that will be affected by the transport upgrade plan.

“The Jeepney Modernization Plan will kill small jeepney operators and drivers and the thousands of small businesses that depend on them like the tire and repair shops and streetside canteens. It will also make passenger fare more expensive, punishing the ordinary commuters,” said Jerome Adonis, secretary general of Kilusang Mayo Uno (KMU).

The push for the implementation of the Jeepney Modernization Plan during this pandemic shows “the cruelty of this government,” said Adonis.

Ana P. Santos writes about sexual health rights, sexuality, and gender for Rappler. She is the 2014 Miel Fellow under the Pulitzer Center on Crisis Reporting and a 2018 Senior Atlantic Fellow for Health Equity in Southeast Asia. She has never forgotten the lessons and the kindness of her tatay jeepney drivers who safely drove her to and from school during her university days. The tatays were the first to believe that she could ever be a journalist.