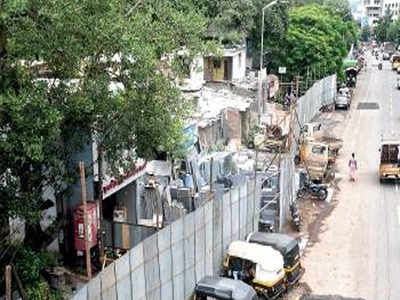 PUNE: Parts of the Janata Vasahat slum, which have been registering a drop in Covid-19 cases, were about to resume normal life when news arrived of the fresh lockdown.
Nearly 60,000 residents of the slum, most relying on a daily wage, have been hit with another wave of anxiety.
“Civic authorities had recently allowed residents here to resume jobs because of a drop in cases. There was also an agitation that demanded officials lift restrictions on movement. People were just starting to pick up the pieces when the fresh lockdown hit,” said Suraj Lokhande, president of the Janata Vasahat Kruti Samiti.
Arun Mukari, who owns a salon in the slum, is now a vegetable vendor. “I had to earn a living; salons were shut for months. And I was hoping to resume operations when they announced the 10-day lockdown. We live in uncertain times.” Janata Vasahat, which spans 110 acres, has had 11 deaths so far. The PMC has sealed some parts of the slum. Those outside the micro-containment zone were, in the beginning of July, allowed to get back to their jobs. But their relief was brief.
Shobha Kamble, a domestic help, said her hopes for normal life have been dashed. “I have to pay school fees of my three daughters. My husband, who is part of music troupe, has been out of work since March,” she said.
Lokhande added that the situation spiralled after people started borrowing money to survive.
“Scores here are now neck-deep in debt. Civic officials, local corporators and NGOs kept ration supplies all through May. But supplies stopped in June. Many without work ran out of options and started to sell whatever valuables they had at home,” he said.